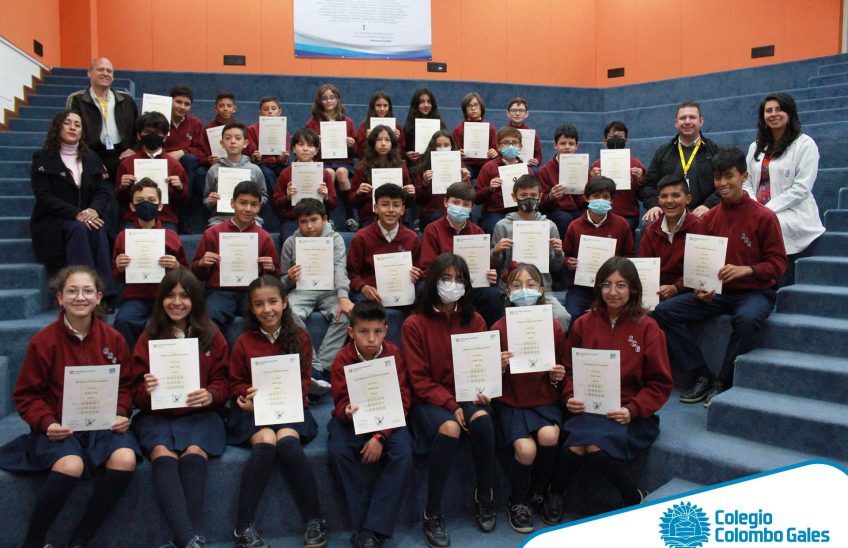 Participating in the Cambridge Certificate Ceremony at the CCG has become an important tradition each year. On October the 03rd, we honor 6th, 8th, and 10th-grade students who presented the Cambridge exams of MOVERS, KET, and PET. Accompanied by the excellent contribution of students from 10th grade Leonardo Veliz and Caterina Esaá that were the hostess, as well as the participation of Chad Miller from our allies of International House, the ceremony took place in the school’s Auditorium.

Mrs. Clara Martin and Mrs. Johanna Lozano applauded the students’ willingness to go the extra mile and congratulated them on their success, stating: «This is an important qualification for many things in your future lives. Cambridge English exams are taken into consideration not only for English teachers but for teachers of any subject, because it shows that the person is capable of doing a lot more than what is usually asked for.»

Mr. Chaid Miller closed by saying that the English language is the key to opening the door to the world. It is one of the most used languages in the world. The knowledge of the English language helps everyone to attain personal and professional growth. Cambridge University has been preparing English exams for international students for over 100 years. More than 5.5 million people take those qualifications and tests yearly; there are over 2,800 exam centers in 130 countries, and Over 50,000 preparation centers around the world prepare learners to take our exams.

Finally, our hostess invited us to continue working together to promote more spaces where we can express ourselves in English as everyone’s job is to continue strengthening this learning community in the use of foreign languages.